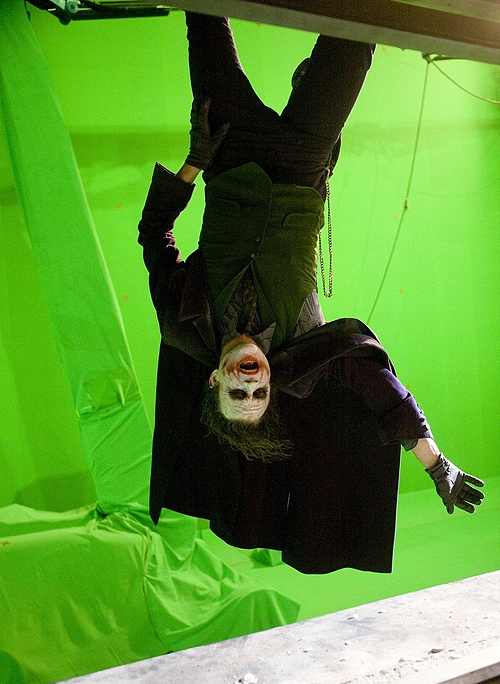 If I didn’t speak to it, I didn’t see it. It wasn’t there. It wasn’t real. I have to say it. And the more specific the detail and subsequently the stronger emotional response to it, the more it’s in my body and the easier it is to play.

The quote above is a note I wrote after an Advanced AdlerImprov class a couple weeks ago. It refers to putting imaginary circumstances in my body.

The game we was this – two people sit in a chair and narrate a scene in specific detail. Then they act out the scene they just narrated. When players were specific in the details they narrated, the more fully present they were in their bodies. The places where they generalized, so too were the performances.

I was reminded of my early days Meisner classes and imaginary circumstances for scene set ups. My teachers, Ted Hoerl and Eileen Vorbach, would ask a series of probing questions to gauge how prepared we were. They could tell when the imagined circumstances were specific and when it was general. They could tell we were prepared when they could see whether or not it was in our bodies.

Ted, in particular, always talked about how specific was specific enough. He said you couldn’t just walk into your room and catch your best friend/brother/father “having an affair” with your wife/girlfriend. You had to see the winking asshole.

Similarly, Susan Messing teaches in her Annoyance improv class to use all your senses – taste it, touch it, hear it, smell it, feel it, fuck it.

Mad Men was very specific about its props. The stacks of papers were real typewritten papers. That’s the exception to the rule though. More and more TV shows and movies are shot on green screens these days. Our job is to make those imaginary circumstances real so they’re believable for the audience. And, just like you need to say your lines out loud in rehearsal, the same goes for your imaginary circumstances – say them out loud. What do you see, feel, touch, taste, hear?

“Comedy was mystical to me. I used to think, ‘you’re either funny or you’re not.’ And UCB said you can analyze it and produce comedy and think about it as a writer.”
-David Barton Harris

For David Barton Harris, long form improvisation at Upright Citizens Brigade (UCB) is like composing modern music – the intro, the verses, the bridge, back into the chorus, etc. He says part of the appreciation for the audience is knowing the structure and how you bend it.

“You definitely enjoy the Harold more, including first beats, group games and connections if you know what to expect,” he says.

For those not in the improv world, “The Harold” is the long form structure created by Del Close, the longtime collaborator with Charna Halpern at iO. Amy Poehler, Matt Besser, Matt Walsh and Ian Roberts – four iO teammates – founded UCB. And UCB’s particular take on improv is finding the game of a scene. David plays on the popular team, Last Day of School Text Message Show on Thursday nights.

I always like hearing how people found improv. David taught my 201 class and, like me, saw one improv show that changed his life. His improv career started in Chapel Hill as a North Carolina Tarheel. He doubled majored in music and theater and was on a short from improv team. Two major events would change his trajectory. The first was a play that required a significant time commitment – five to six days a week at 30 hours a week. The second was a trip his  improv group took to Chicago to see a three man Harold show at iO.

“I thought it was so good, so vibrant and in the moment. They were listening so well to each other,” said Harris. “I thought it was the pure version of what I was trying to do with my theater degree. I was becoming disenfranchised, so I ended up changing my major from theater and gave music a shot.”

After college, Harris taught middle school for a year in North Carolina, but his music career was calling him, so he moved to LA to pursue a master’s degree in commercial music composition at Cal State Los Angeles. He also enrolled at UCB and it totally took over his life and became his focus.

“When I first came to LA in 2005, I thought UCB had more theory, structure and a vocabulary than the other improv schools. I just loved the structure. I studied music composition and learned all these very specific rules. And the beauty of the art is how composers would bend the rules to express something. I find a parallel in that with UCB. I enjoyed that there was a theory that was applicable. Improv and comedy is more like a science to me. There’s a formula that you’re going to follow.”

Harris didn’t complete his masters. He dove head on into UCB. He eventually secured a spot on one of the first UCB LA Harold teams, Last Day of School, and started performing regularly. Eventually, they earned a weekly slot and have performed on Thursday nights at 11 PM ever since. Side note – the text message component part of the show was added in 2008, the same year David started teaching.

Long term, David is going to write more and take advantage of the artistic methods of improv used to create comedy and apply it to web, tv and film projects. The first is commercials using a hidden camera to capture moments using improv actors.

“The training center will take what’s already a strong improv appreciating atmosphere and make it stronger. It’s a great thing for the improv community.”

Time to make some music.