As I walked to the Space Station Casting Studio, a tall, lean squared jawed man in full baseball regalia walked out.

“Yep. You take four couple swings. Two to camera and two in profile,” he responded.

“Yeah, just ask someone who’s after you if you can use their bat,” he said.

“I should bail on this audition,” I thought to myself.

The audition was for a regional healthcare provider and they were looking for former baseball/softball players. I consider myself athletic, but I’m more of a weekend warrior these days. I haven’t played baseball since Little League and softball in Chicago isn’t exactly athletic, especially when it’s 16 inch softball. That softball is more about getting through the game without pulling a hamstring so you can sit comfortably eating pizza and drinking beer.

I walked back to my car and Googled Sports Authority, Dick’s Sporting Goods, baseball store. My audition time was 4:00 and it was 3:30. Then I remembered there was a Target on Santa Monica. I hopped into my car and zipped over.

I walked into the store, bolted to the back half and found the sporting section aisle. I grabbed an Eason softball bat, took it to the register, paid for it, got back in my car and zipped back to the Space Station.

I walked into the Space Station. My audition was in the back. As I walked through the door jam, I saw baseball players of all shape and sizes, but most were carbon copies of the tall, lean, square jawed man I ran into on the street. Most were in full baseball regalia. I was in Chicago style softball gear – long shorts, black socks, running shoes, three quarter sleeve t-shirt and my Cubs hat.

I was standing at home plate at Wrigley. The sun was shining. It was 78 degrees with a light breeze. I smelled the fresh cut grass. The stands were packed. The announcer said, “Now batting, Rob Lynch.” The crowd erupted. I stood and smiled before getting into the batter’s box. I tapped the bat on the plate, pulled it back and gave a nice slow swing. And smiled again. I was ready.

They called four guys, including me, in to audition. We slated and then shared our history.

2nd Guy: Tall. Lean. Square jaw. Played Double A or Triple A ball. He rattled off all the team names, easily 10 or more, where he played semi-pro ball. He still had the ring on his back pocket where his chew used to reside.

Me: “I’m Rob Lynch. I played six years or recreational softball in Chicago.”

I didn’t book the job. I did something more important. I overcame my fear and insecurity.

Put me in coach, I’m ready to play, today.

For my birthday (June), my mother gave me a Lodge 7 quart cast iron dutch oven so I could make No Knead Bread popularized by the New York Times. It’s a simple recipe: flour, salt, yeast, water. That’s it. All the ingredients you need. But here’s the catch. I’ve made six loaves of bread so far. Each has gotten progressively better, but it’s a work in progress.

Acting feels the same way. In the first paragraph of Viola Spolin’s book, “Improvisation for the Theater,” (and Rob Adler, AdlerImprov constantly reinforces), “Everyone can act. Everyone can improvise. Anyone who wishes to can play in the theater and learn to become ‘stageworthy.’ We learn through experience and experiencing, and no one teaches anyone anything.” Similarly, everyone has the ingredients to be an actor, but it’s a process of doing, practicing and constantly refining.

Like my first couple scenes, my first few loaves of bread had room for improvement. The transfer from towel to blazing hot dutch oven didn’t go well the first four loaves because the dough stuck to the towel. I did some research. I read that letting the dough rise overnight in a crock pot was better than the bowl, wiping the sides of the crock pot with olive oil would help removing the dough, and using flour sack towels (I ordered some from Breadtopia), would make the transfer to the dutch oven easier. It worked! 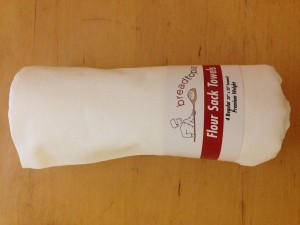 As for my acting career, I’m ready to make the transfer from the metaphorical towel (acting classes) to the blazing hot dutch oven of LA (commercials, TV and film).

If I didn’t speak to it, I didn’t see it. It wasn’t there. It wasn’t real. I have to say it. And the more specific the detail and subsequently the stronger emotional response to it, the more it’s in my body and the easier it is to play.

The quote above is a note I wrote after an Advanced AdlerImprov class a couple weeks ago. It refers to putting imaginary circumstances in my body.

The game we was this – two people sit in a chair and narrate a scene in specific detail. Then they act out the scene they just narrated. When players were specific in the details they narrated, the more fully present they were in their bodies. The places where they generalized, so too were the performances.

I was reminded of my early days Meisner classes and imaginary circumstances for scene set ups. My teachers, Ted Hoerl and Eileen Vorbach, would ask a series of probing questions to gauge how prepared we were. They could tell when the imagined circumstances were specific and when it was general. They could tell we were prepared when they could see whether or not it was in our bodies.

Ted, in particular, always talked about how specific was specific enough. He said you couldn’t just walk into your room and catch your best friend/brother/father “having an affair” with your wife/girlfriend. You had to see the winking asshole.

Similarly, Susan Messing teaches in her Annoyance improv class to use all your senses – taste it, touch it, hear it, smell it, feel it, fuck it.

Mad Men was very specific about its props. The stacks of papers were real typewritten papers. That’s the exception to the rule though. More and more TV shows and movies are shot on green screens these days. Our job is to make those imaginary circumstances real so they’re believable for the audience. And, just like you need to say your lines out loud in rehearsal, the same goes for your imaginary circumstances – say them out loud. What do you see, feel, touch, taste, hear? 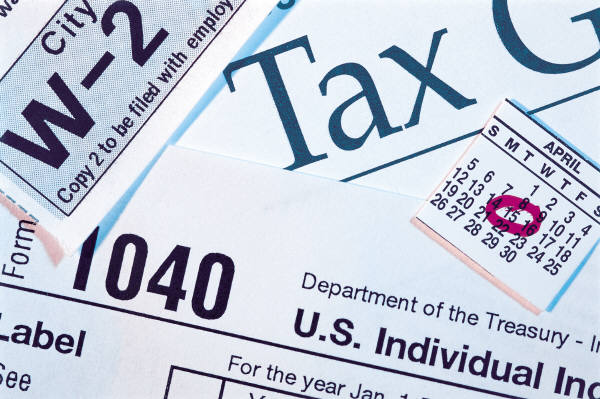 I just filed my taxes and I know how painful, frustrating, exasperating, mind-numbing, etc. it can be, especially when you’re trying to gather information from the previous year. Here’s three tools/tricks that have made my tax time infinitely more bearable.

Full disclosure, I’ve used TurboTax ever since I started freelancing for myself (I’m a publicist when I’m not on set). I am not a qualified accountant, so if you have any questions about what you can and can take off your taxes, contact a CPA that works with actors.

Mint.com – It’s my number one life/time saver. Mint aggregates all of your bank and credit card transactions into one online interface. The beauty is that you can search for specific transactions by name (Straight Talk Wireless, my cell phone service provider, for example) or by number (rent) and export all of the data as a .CSV file and copy and paste the information into Excel. It eliminates the need to input receipt after receipt. Side note – you should have a business credit card just for your acting business and/or business business. Capital One is in my wallet and I make every business purchase using it or my business debit card. Here’s some credit card recommendations from Nerd Wallet.

Excel – I put all of my expenses into one Excel sheet according to the corresponding groups in TurboTax. It makes it super simple to add and, after I add the corresponding financial number to TurboTax, I highlight in a different color as a reminder that I added it. Just make sure the formula (SUM) is correct and adds every number. It completely eliminates the need for a calculator.

Notes – Mileage can be a tough one. If you have an iPhone, you can easily track it though. Simply put in the number of miles, the location and the final mileage every time you take a trip. I also have a never ending January 1st calendar reminder to capture the mileage for each calendar year so I know my total mileage for the year. And by inputting it into Notes, I know the total mileage for just acting and business related trips. If you want to get sophisticated, there are a number of apps that will track and export that information. And if you run your own business, you can use a invoice/time tracking software service like Billings Pro, Harvest or Freshbooks, which have apps.

Mint, in particular, has made my life at tax time so much easier. Highly, highly recommend.

Best of luck this tax season!